Anthem is the fourteenth episode of Season 5 of Chicago P.D.

When a basketball star is found murdered after an anti-police rally, Intelligence navigates a politically charged environment to track down the killer. To complicate matters further, Woods' daughter Brianna is tangled up in the case. 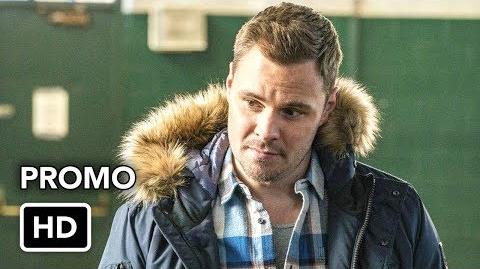 Woods: Do you remember the talk?
Brianna: Of course I do.
Woods: You never run from a cop. You never talk to one without a lawyer.
Brianna: He's your friend.
Woods: Is he a cop?

Voight: Honey, someone just tried to kill you, you need to be honest with me.

Halstead: Black kid at a white college kneels for the anthem. Risks suspension for something he believes in. Takes a lot of guts, I'll give him that.

Retrieved from "https://chicago-pd.fandom.com/wiki/Anthem?oldid=16812"
Community content is available under CC-BY-SA unless otherwise noted.