Care Under Fire is the seventh episode of Season 5 of Chicago P.D.

In the wake of several gang-related child abductions, Intelligence must race against time to find a kidnapped boy. Owing to their swiftness and military precision, the team scours the VA records and tracks the suspects to a former Army Ranger. With his previous experience as a Ranger, Halstead convinces Voight to send him undercover to try and get information from inside. However this turns out to be a ver bad idea when jay starts dating a women named Camila who may also be involved in the murder of dea agent. 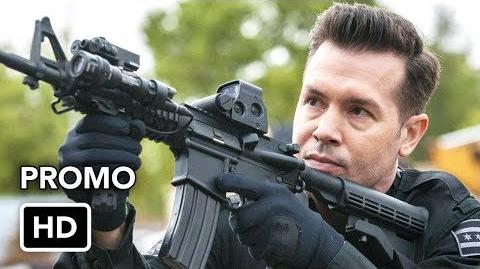 Voight: What're you waiting around for, a 'thank you' or 'I'm sorry'? Cuz it ain't happening. So why don't you get out of here?

Halstead: I'm sorry, I say stupid stuff when beautiful women kiss me out of the blue.

Voight: I know neither one of you knows me, but you can trust me. I lost my son, so I'm going to do everything I can to make sure you don't.

Retrieved from "https://chicago-pd.fandom.com/wiki/Care_Under_Fire?oldid=15463"
Community content is available under CC-BY-SA unless otherwise noted.