Confidential is the eleventh episode of Season 5 of Chicago P.D.

Intelligence stumbles on the women's shelter where a pimp they are looking for is scouting out girls. Burgess moves the case forward with a series of confidential tips, but risks putting her informant in harm's way. 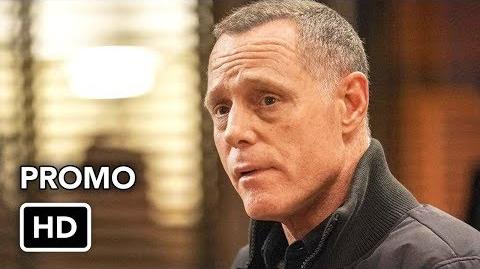 Burgess: Raul's job, an informant's job, is to provide information. He is an asset to the Chicago Police Department.
Upton: No, he is a person and he is a friend.

Ruzek: Why is she protecting that son of a bitch? I don't get it.
Burgess: Because she's in love with him.
Ruzek: In love with him?
Burgess: Yeah.
Ruzek: That's not love. That's Stockholm Syndrome.
Burgess: Try telling her it's not love. Sometimes, people, they trick themselves into believing what they want to believe because it feels better than the alternative.
Ruzek: Well sometimes it's real. And there's no trick or delusions. It's just good. It might be complicated but it's good.

Upton: Yah, the books not always right. Sometimes you gotta trust your gut.

Retrieved from "https://chicago-pd.fandom.com/wiki/Confidential?oldid=13219"
Community content is available under CC-BY-SA unless otherwise noted.