Conventions is the sixth episode of the first season and the 6th overall episode of Chicago P.D.

New York's SVU detectives Fin Tutuola and Amanda Rollins help track down a serial killer who rapes his victims; Burgess gets an opportunity to prove herself. Lindsay brings Halstead as her date to her high school reunion.

Voight joins Antonio at a high-profile murder downtown. They stand over the body of a young woman, raped, with her ear cut off, the familiar calling card of another series of rapes in New York City. Under the instruction of Commander Perry, Intelligence contacts the NYPD Special Victims Unit, which sends detectives Fin and Rollins to Chicago to help with the case.

While they're en route, Voight orders the whole team into action, and they scour the Riverwalk undercover, keeping eyes open for a suspect in a hoodie. Halstead nabs a guy who fits the description, but he's just a pickpocket. Rather than release him, Antonio leverages the guy's knowledge of the Riverwalk to ID possible suspects during the time of the murder. It pans out and leads to Jeffrey Baker, a smarmy businessman in town for a conference whose profile matches the serial killer narrative from Fin and Rollins. His cavalier attitude rubs Halstead and Lindsay the wrong way, until Antonio interrupts the interrogation - another rape occurred on the Riverwalk. Good news is, the woman lived.

Vanessa, the victim, fought back during the rape and managed to puncture the man's eye with her fingernail. Between that and a decent description, Intelligence has enough information to make a new ID and, thanks largely to some quick thinking by Burgess, they get it fast: Neil Vance. They narrow his whereabouts to a downtown hotel where Ruzek and Olinsky stake out, only to spot an unexpected visitor - Baker, apparently moments away from meeting up with Vance. Intelligence arrests Baker, and this time he demands a lawyer.

Rollins posits that Vance and Baker are in a crime partnership - a dyad - where both parties organize the crime but only one commits the act. Usually one is more dominant and the other more passive. Voight's heard enough, and confident that Baker's the dominant one, he instructs the other detectives to take a walk while he questions Baker in the cage. When Baker doesn't budge, Voight pulls out a knife and cuts Baker's ear - just like the killer does - until he gives up Vance. The extreme tactic pays off - Baker was supposed to meet Vance at Navy Pier. Intelligence fans out across the busy amusement park, on the alert for any sign of Vance. Ruzek spots him, but fails to apprehend him before Vance takes a hostage. When Vance refuses to back down, Voight gives the word, and Olinsky snipes him, a perfect shot and an instant kill. This frees the hostage and ends the Riverwalk Killer's spree.

While most of the team celebrates with Rollins and Fin at Molly's, Halstead joins Lindsay as her "fiancé" at a high school reunion she decided to attend in an attempt to impress some old friends. Except when she arrives, it hits her - this is a stupid idea. Instead, they head to a bar for an intimate chat where Lindsay comes clean about her mother's drug addiction and the lies she told to keep friends as a teenager. She and Halstead share another moment together - but they both agree not to act on their desire. Maybe some other time.

Back at her apartment, Lindsay unwinds - only to get a furious knock at her door. Is it Halstead, not able to stay away? Nope - it's Justin. And he's got blood all over his hands. 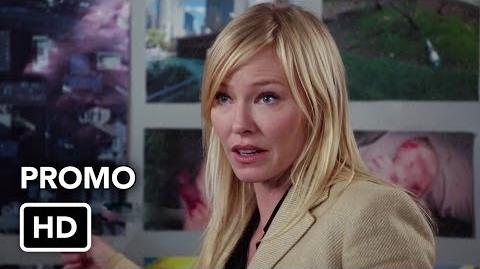