My Way is the thirteenth episode of the first season and the 13th overall episode of Chicago P.D.

In order to stop a series of cartel killings, Intelligence must rely on Pulpo - the madman who kidnapped Antonio's son, Diego.

Cartel leader Muñoz - last seen snaking out of the clutches of half the Intelligence team - drops another series of bodies, clearly going for a major power grab. Commander Perry insists they make a deal with the incarcerated Pulpo in order to catch Muñoz before he murders again. To appease Perry, the team concedes to Pulpo's ludicrous demands - one of which includes conjugal visits, a surprising thread Halstead and Lindsay follow all the way to Pulpo's secret mistress and son.

Meanwhile, Pulpo keeps his end of the bargain and sets up an elaborate way for Intelligence to meet Muñoz that involves Antonio going undercover. Antonio poses as a close friend and hits every mark... only to discover that Pulpo misled the whole unit and Muñoz never had any intention of showing up. Instead, a witness confirms Muñoz as the assassin who killed two Ukrainian mobsters across town. Intelligence got played.

Burgess understands the feeling - things between her and Ruzek veered into awkward territory after their spontaneous kiss a few weeks back. Ruzek clears the air and clarifies that a relationship is not in cards. This bums Burgess out and Atwater cheers her up... while Ruzek's fiancée blindsides him at the station, distraught. She thinks he's changed since landing the gig with Intelligence and decides to end their engagement. Ruzek attempts to go back to Burgess but Atwater threatens him if does.

Another relationship threatens to end between Stillwell and Voight. The IA representative warns Voight to produce results, then later changes his story and asks Voight for a 25% cut of anything he takes off the street. Stillwell's remarkable intel on his department further supports Voight's intuition about a mole in the unit, a hunch he shares with Antonio in private. All signs point to Sumner, especially when Stillwell shows up unannounced at her apartment and they kiss. But the theory comes up short - this is strictly an affair. She's not the rat.

Pulpo, on the other hand, braces for a round with Voight and Antonio's fury - until Lindsay and Halstead alert them to Pulpo's secret family. They leverage Pulpo's son for real intel on Muñoz's supposed whereabouts - a big festival in Uptown. The story checks out and the squad sets up posts all over the packed venue, ready for anything... except for what happens next. Pinpoint gunshots take out two more mobsters and send the festival crowd into chaos. Intelligence jumps into action and nails the assassins - but where's Muñoz? He pops up in the middle of the crowd, gun raised - and Halstead snipes him from afar, seconds before he commits another murder.

Stillwell has a guy, too - Jin. They take a meeting at a café and Jin expresses his concern about Voight discovering he's the mole, but Stillwell wants to ramp up their efforts and requests a full write-up on Voight. He also inquires about the well-being of Jin's father, a comment that appears to needle Jin

Back at District 21, Lieutenant Belden from Violent Crimes (also involved in the hunt for Muñoz) steps in to announce he granted Pulpo brief access to his family. Antonio bristles at the prospect, but allows the criminal out of the cage to embrace his son. Upstairs, Voight meets with Lindsay to question her about an old friend of hers he noticed back in town - Charlie. Lindsay knows this guy's trouble, but assures Voight she will keep an eye on him. Before they can dig into Charlie's motives, shots ring out; the detectives race downstairs to discover Pulpo his wife and his son missing and both Antonio and Belden lying motionless on the ground. 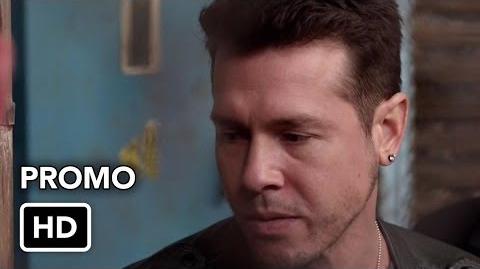