Promise is the second episode of Season 5 of Chicago P.D.

With Dawson back in Intelligence, he takes on a case that involves the brutal murder of a young Latina woman who is suspected to be a drug mule. Dawson later begins to hit roadblocks when he has trouble finding strong witnesses. 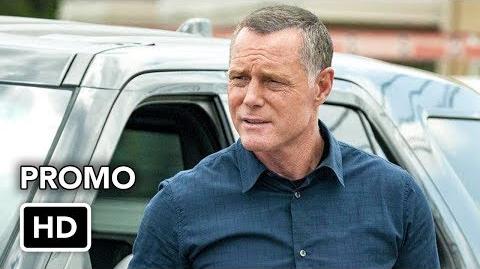 Dawson: I promised her. I looked her right in the eye and told her I'd keep her safe.
Voight: That's a tough check to cash, bro.

Voight: You wanted this to happen, Antonio. You're just too scared to admit it.

Dawson: (Voight wants Dawson to rig the police lineup) Oscar can put Lopez at the van the night his mother was killed.
Voight: Why roll the dice? We've got one shot at this, Antonio. If Lopez walks, he disappears, he goes somewhere else, he kills again. Number three.

Retrieved from "https://chicago-pd.fandom.com/wiki/Promise?oldid=12869"
Community content is available under CC-BY-SA unless otherwise noted.