Reform is the first episode of Season 5 of Chicago P.D..

Halstead is shocked when he finds out that Erin Lindsay had left Chicago without notice and on top of that receiving new partner Hailey Upton. Meanwhile, the Intelligence unit investigates an escalating gang war that involves an accidental death of a young child. Voight seeks the help from Antonio Dawson which later asks him to return to Intelligence full time. Also, Burgess returns from her leave. 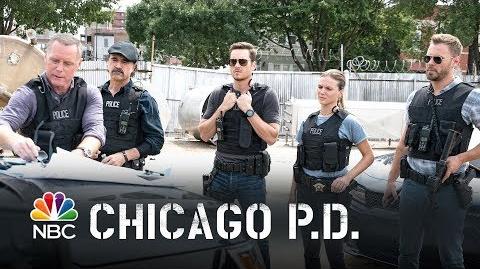 Halstead: She's not coming back is she?
Voight: Look it was time for her to move on. You need to make peace with it.

Alderman Price: Morgan William's senseless death has caused this city great distress and pain. And as a result, we've gone to great lengths to find someone to blame. Someone to hate. And no one has wanted to hate Detective Halstead more than me. But, the more I learned about what actually transpired that morning, the more I'm convinced Detective Halstead did nothing wrong. In fact, his actions saved several lives, several black lives.

Retrieved from "https://chicago-pd.fandom.com/wiki/Reform?oldid=12872"
Community content is available under CC-BY-SA unless otherwise noted.