Saved is the twentieth episode of Season 5 of Chicago P.D.

After Voight witnesses the kidnapping of a young woman with a mysterious connection to his past, Intelligence works to find a connection between her kidnapping and several bank robberies. Ruzek gets a tip that a grand jury has been summoned, putting Olinsky one step closer to standing trial for Bingham's murder 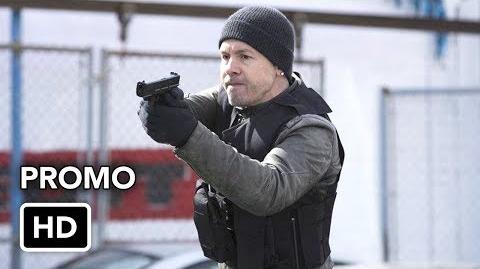 Woods: Confess Hank. 27-years on this job. We both know you did not do it clean. Well, the bullet is finally coming for you Hank, it just has to go through Olinsky first.

Ruzek: He told me that you're wasting your time. And that he can't help you get in front of something that you're already in the middle of.

Addie: But I'm not doing anything.
Voight: You're getting your friend killed.

Woods: You know, Chief Lugo just told me to call. But I figured I shouldn't waste an opportunity to come by here while I still can. Because pretty soon you and Al are gonna be, uh, tied up.

Retrieved from "https://chicago-pd.fandom.com/wiki/Saved?oldid=15730"
Community content is available under CC-BY-SA unless otherwise noted.