Sisterhood is the fifteenth episode of Season 5 of Chicago P.D.

Intelligence tracks down a vigilante killing rapists. The investigation hits home for Burgess, who begins to question if the men who attacked her sister truly paid for their actions 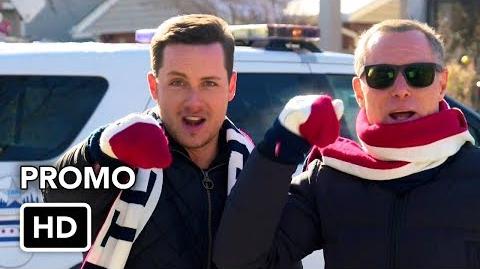 Jorge Pena: If you want to own a neighborhood or a territory, you have to break its soul first.

Isabel "Q" Torres: Ain't nothing feel better than taking back the power.

Burgess: You're tougher. More fearless. 'Cause you stand up for your friends. For women, for young girls. And then when someone commits a rape, you kill 'em, you castrate them. You ask me, you deserve a trophy. But that's not the way the world works.

Halstead: Hmm.. okay, that's one way to take care of rapists.
Ruzek: You gotta be kidding me. They cut 'em off.

Retrieved from "https://chicago-pd.fandom.com/wiki/Sisterhood?oldid=12854"
Community content is available under CC-BY-SA unless otherwise noted.