The Thing About Heroes is the second episode of Season 5 of Chicago P.D.

The Intelligence unit teams up with the FBI after a deadly bomb explodes during an annual street festival. The case turns personal for Burgess when an officer she helped trained goes missing after the explosion and evidence linking him to the bomb and a terrorist group mounts. Desperate to prove her friend's innocence, Burgess goes against Voight and the investigation to dig deeper on her own and discovers her friend was running his own undercover operation on the terrorist group. 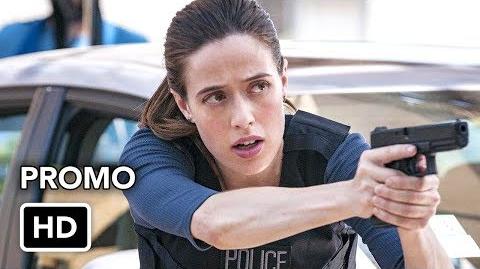 Voight: So we're calling this what it is. Terrorism.

Upton: You want to see your wife? Here. Don't be sad, she died for the cause.

Retrieved from "https://chicago-pd.fandom.com/wiki/The_Thing_About_Heroes?oldid=12870"
Community content is available under CC-BY-SA unless otherwise noted.